The Secret of Anafi

Investments of recent years in new technologies and infrastructures for the development of the 4G WIND Network have led to an incredibly improved 4G edge-to-edge experience across Greece!

Anafi was a special station for WIND's 4G network and not only because winter in the Greek islands is difficult. It becomes even more difficult in the barren line, where the ship hits a harbor one or two times a week, as in the distant - not geographically, since it is in the center of the Aegean, but in the traffic-Anafi. But because only then can one experience the deep need of the inhabitants of the island for communication.

The WIND team of technicians was in Anafi in mid-November 2015, managing to replace the old equipment within three days with a new, modern 4G infrastructure. The new network has been in operation since the beginning of December 2015 and has prompted us to take a step further by telecommunicating the island through a donation to all residents of Anafi, a donation that reflects the true essence of Corporate Responsibility. In particular, Anafi students were equipped with laptops and free use of Mobile Internet to make use of the 4G's capabilities for education and entertainment. Respectively, we donated technological equipment to the Anafi schools and an oxygen concentrator for the local clinic.

The travelogue in Anafi is one of those trips that show the value of communication primarily as a social asset, giving value to what it identifies us as one of the largest telecommunications providers in Greece. 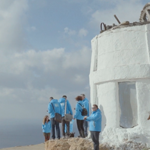 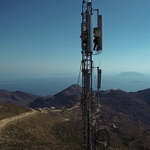 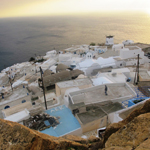